Gilbert has long enjoyed a reputation as a great place to take the family, but the multiplying number of craft brewers and winemakers also ensure there’s something on tap for those looking to enjoy an adult beverage with friends—and not just any beverage. These masters of their craft have embraced Gilbert’s agricultural roots, pouring creative blends with local ties. 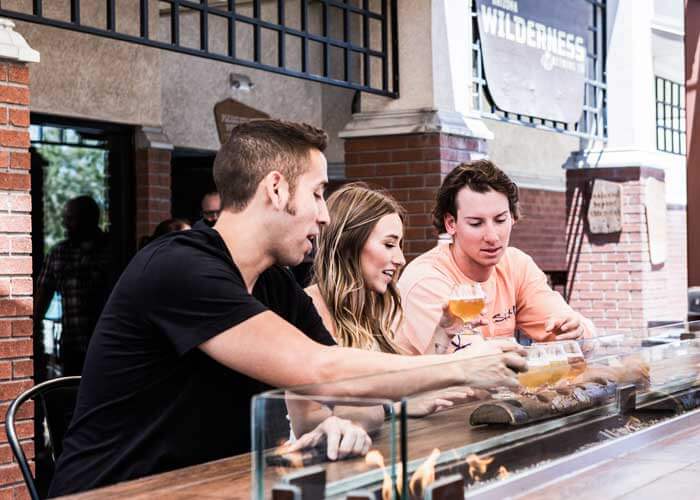 Don’t miss Arizona Wilderness Brewing Co. (Instagram @azwilderness), Gilbert’s first craft brewery and widely considered one of the best breweries in the world. Seriously. With glowing ink from everyone from Esquire to the Phoenix New Times, this brew shop is a must for beer lovers.

Start with a flight of five three-ounce pours. Following a conventional wisdom that says you should sample from light to dark, begin with the popular Kachina Kolsch (made with White Sonora Wheat from local Hayden Flour Mills) and work your way up to the Superstition Coffee Stout (brewed with coffee from local purveyor Superstition Coffee). You’ll soon start to notice a theme: Local. And it’s one you’ll encounter again and again—an emphasis on high-quality Arizona agricultural products that support the brewers’ “local first” ethos.

Harvesting many of their own ingredients, owners Jonathan Buford and Patrick Ware also incorporate as many other Arizona ingredients as they can get their collective hands on: grains, nuts, fruits, honey, and more. With such a diverse list to choose from, you can bet these guys aren’t resting on their laurels. They’re known for their creativity and fearlessness, experimenting with flavors and techniques you won’t find elsewhere. But never fear: For the less adventurous, there’s plenty of that modern-day staple—the IPA. And if the suds get your taste buds going, choose from a pub-focused menu that includes jalapeño meatloaf sliders, addictive artichoke dip, or perhaps a barbecue-chicken quesadilla. 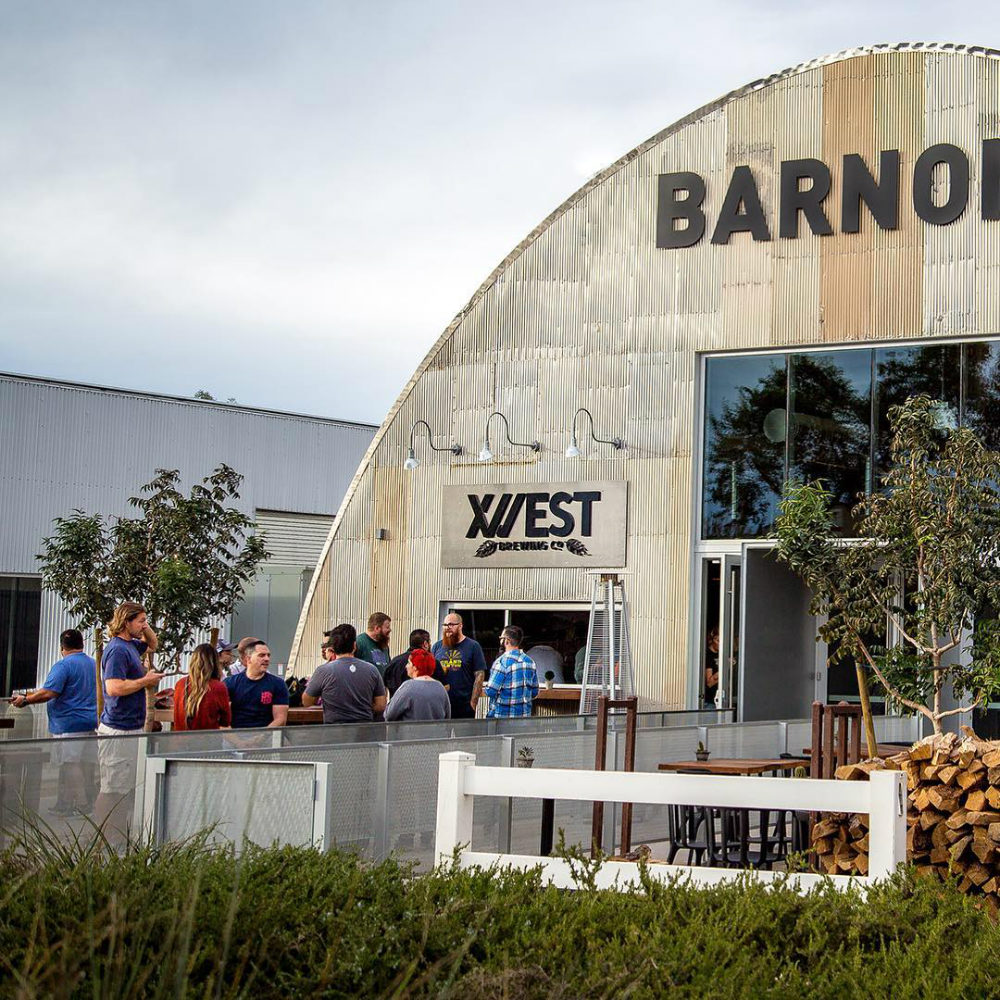 A Toast to Old Friends

Next, head down the road to Barnone at Agritopia, where a dozen local artisans make and sell their crafts in an expansive 60-year-old converted machinery barn. Here, you can sample Arizona wine at Garage-East or imbibe great craft beer at 12 West Brewing.

Garage-East (@garage.east) owners Brian and Megan Ruffentine and Todd and Kelly Bostock (who also own Southern Arizona’s Dos Cabezas WineWorks) reconnected years after high school and decided to funnel their mutual love of Arizona wine into the creation of Garage-East—from the French word garagiste, a nod to renegade small-batch winemakers in France.

Think Copper State wine can’t compete with California? A visit to Garage-East might just change your mind. Most of the drink menu highlights Garage-East’s own wines, but they also feature guest wines from other Arizona wineries. Can’t decide between white, red, or rosé? Petite three-ounce pours are the perfect size for those who’d like to sample a variety. Come in early to try the Breakfast Wine, blending white wine and seasonal local fruits with forced carbonation for a fresh take on the mimosa, or enjoy a refreshing Northern
Italian-style spritz, with fresh herbs and fruit. Patrons can nosh on a local meat-and-cheese board or can order food from neighboring restaurants.

Garage-East embodies a European village winery spirit, where wine is the accent to good conversation and companionship in a casual atmosphere. 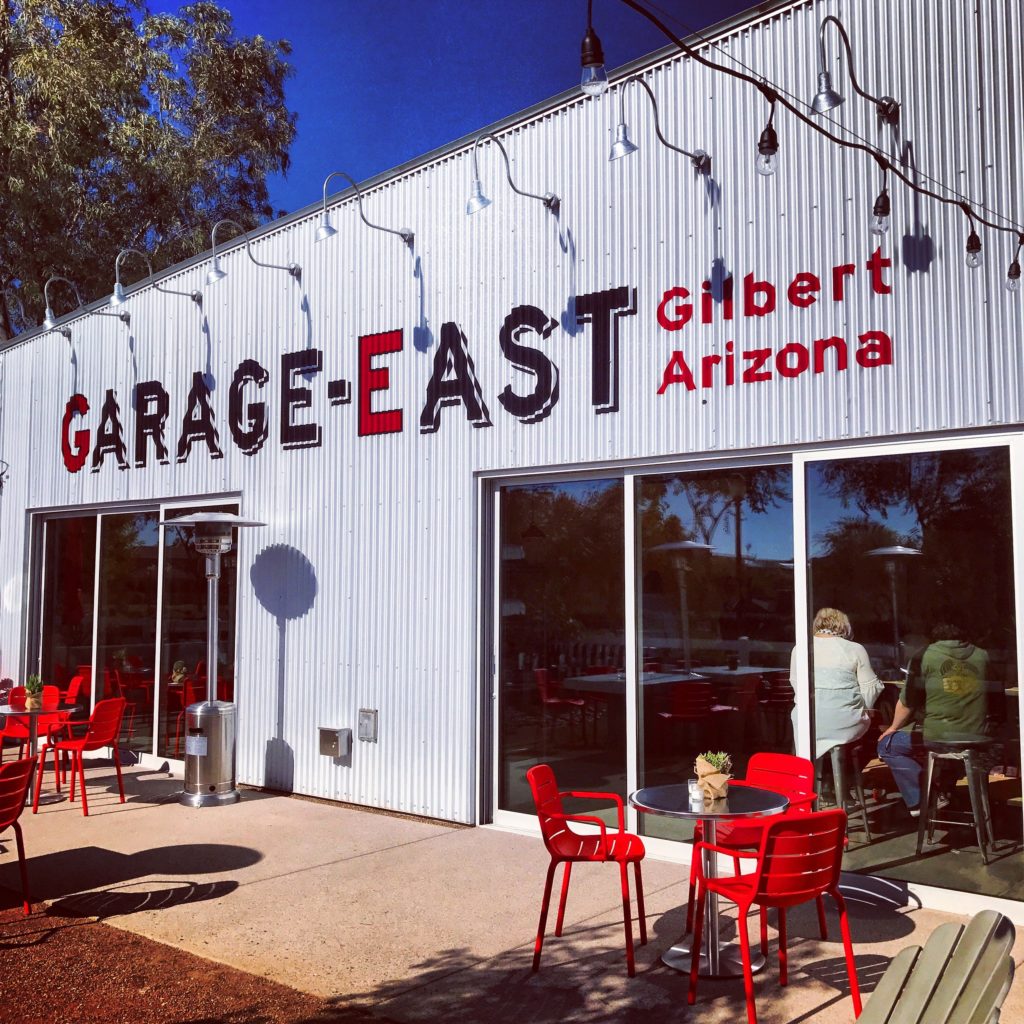 Sharing a patio with Garage-East is 12 West Brewing Co. (@12westbrewing). Launched in 2016 by majority owners Bryan McCormick and Noel Garcia, the operation has quickly grown from one-barrel brewing (still used for creating sour beers) to a 10-barrel off-site system to meet popular demand. As the name implies, a dozen beers at a time grace the changing chalkboard menu. Their specialty? “Good beer,” according to general manager and co-owner Jayelynn Willman.

As with Arizona Wilderness, 12 West strives to incorporate local ingredients like the Agritopia-grown blood oranges that flavor their popular Blap Blap, a classic Belgian wheat beer. IPA fans can choose between the West-coast style Frontside IPA or the New England-style K-Lax. Order a flight to sample the variety—from IPA to saison to stout. The atmosphere? Welcoming, with long pine tables that encourage conversation with your neighbors. The crowd? Refreshingly multi-generational. Hungry? Order excellent food from Fire & Brimstone, also
in Barnone, where you can enjoy everything from antipasto to pizza to salads. The two businesses often work together on inventive food and beer pairings. 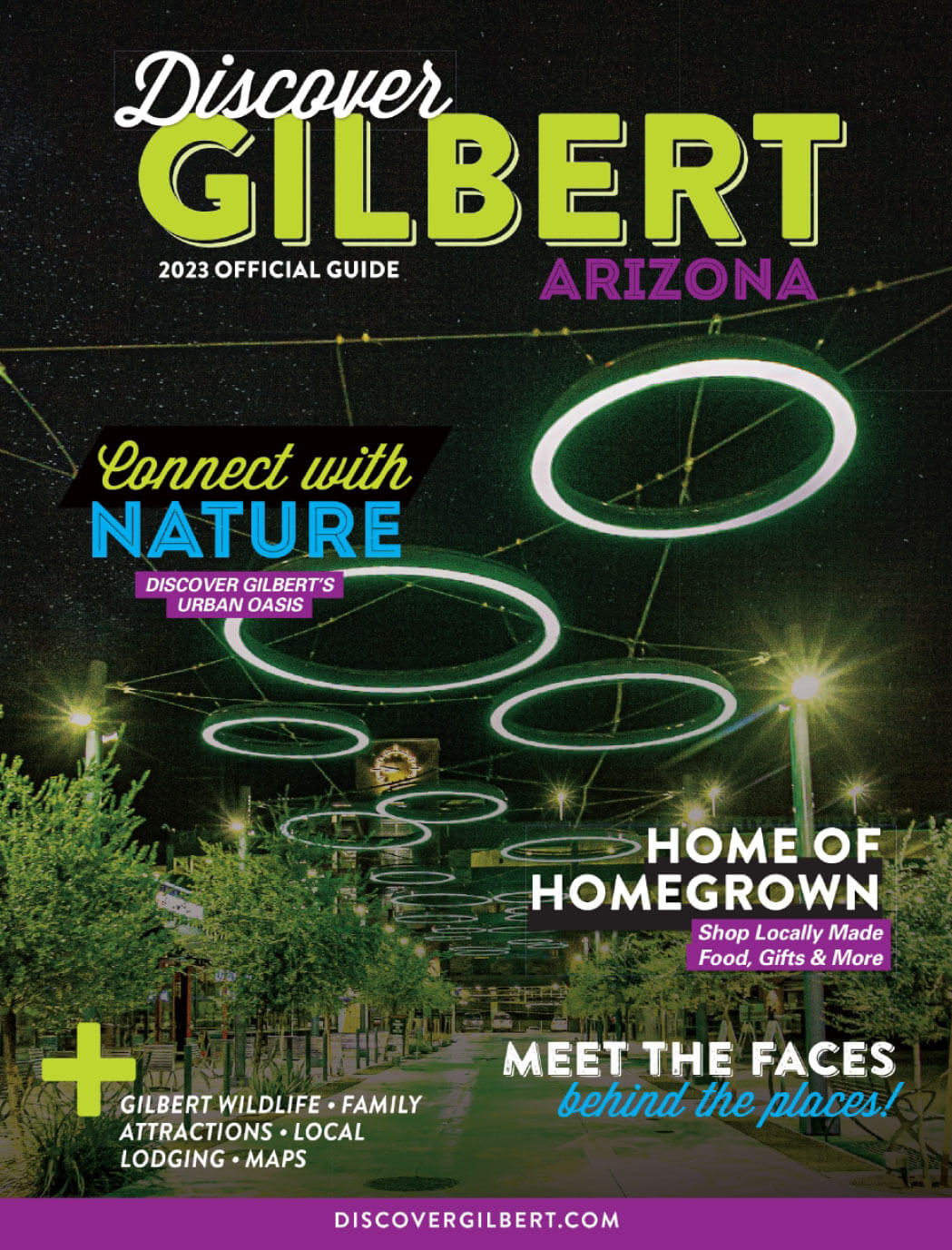